India and the Netherlands – Past, Present and Future (September 2019)

Released at the prestigious Rijksmuseum of Amsterd 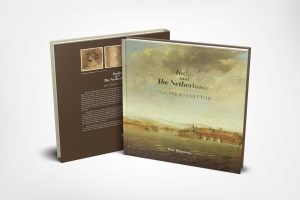 am to great acclaim by HM King Willem-Alexander in the presence of Queen Maxima and a large number of distinguished guests including the Dutch Minister for Education,  Culture and Science;  King’s Commissioner of the province of North Holland; Deputy Mayor of Amsterdam and Ambassadors of around 26 countries. The book has won praise as an encyclopaedia of the cross-cultural legacy between India and the Netherlands, which presents vivid snapshots of relations between the two nations over the centuries and brings to life the compelling personalities whose contributions shaped the Indo-Dutch discourse.

Get your copy today

The book describes the Dutch response to floods over history, their 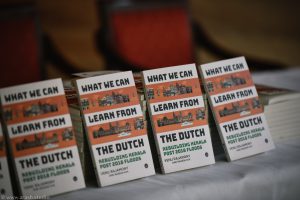 innovations in water management and the lessons the state of Kerala in India can learn from the Dutch. Kerala witnessed the largest ever floods in hundred years in August 2018. The book highlights the need for the state to equip itself with technical know-how and expertise to avoid another such disaster.

India & The UAE : In Celebration of a Legendary Friendship

India & The UAE: In Celebration of a Legendary Friendship is a treasure trove of facts, figures and stories of the ancient, yet modern and dynamic ties that India and the UAE share. This unique coffee-table book takes you on a journey through time, where glittering vistas of ancient and contemporary narratives and interviews, rare and present-day photographs and astonishing statistics are artistically juxtaposed to provide the reader with a fascinating and comprehensive glimpse of this strong and well-preserved association. Creative colour schemes, as well as paintings and sketches by celebrated artists, including M.F. Husain, add immeasurably to the appeal of the book.

India and the UAE: In Celebration of a Legendary Friendship, a 260-page coffee table book authored by Venu Rajamony, a former Indian consul general in Dubai, is the first such book to encapsulate the historic ties between the two nations… . the book is a treasure trove of facts and figures, embellished by valuable pictures, and covers the entire spectrum of relationships between India and the Gulf nation in detail. …The book takes the reader through a journey of time with ancient and modern narratives complemented by facts and figures. Another highlight is the collection of rare black and white photographs of Indian and UAE leaders. The tome is also peppered with interviews of ministers and leaders of business in the UAE and recounts the success stories of Indian entrepreneurship in that Gulf nation, establishing the strong relationship between the people of the two countries that continue in these modern and dynamic times. … A collector’s delight, especially for those interested in India-Arab ties.

The United Arab Emirates (UAE) is India’s largest trading partner, larger than even the US and China. Yet, the India-UAE relationship is rarely written about. This impressive coffee table book, written by Venu Rajamony, an IFS officer who was India’s consul-general in Dubai between 2007 and 2010, goes a long way in correcting that anomaly.

Book in news:
Opinion piece by Pranay Gupte in The Hindu, 12 March 2010
http://www.thehindu.com/opinion/op-ed/indiauae-an-enduring-relationship/article243724.ece
About the Malayalam Version:
http://www.newindianexpress.com/states/kerala/article1410789.ece
About the Arabic Version:
http://economictimes.indiatimes.com/news/politics-and-nation/uae-pm-hails-bilateral-relationship-with-india/articleshow/20027663.cms?intenttarget=no

Few people in India and elsewhere are aware of the rich repository of art available within the Rashtrapati Bhavan.

The Electronic Art Catalogue – “Art Heritage of Rashtrapati Bhavan : A Selection’’ makes available for public viewing for the first time a cross section of the Rashtrapati Bhavan’s entire art collection. This Catalogue contains over 150 high quality photographs of paintings and select art objects in the collection. It is user friendly and designed to look like a photo album, with photos of the paintings on the left page and a description of the item, background of the artist as well as the subject of the painting on the right side. Viewers can browse through the catalogue by category or by location in the Rashtrapati Bhavan.

It includes the following sections:

The E-Art Catalogue was researched and compiled by Venu Rajamony, with the assistance of Ms. Ruchi Kumar, Research Assistant/ Assistant Curator, National Gallery of Modern Art.

Portfolios of paintings in Rashtrapati Bhavan

The Rashtrapati Bhavan holds many art treasures dating from the 3rd century B.C.E to more contemporary works. The earliest attempt at cataloguing these was undertaken in 1931 by Sir Evan Cotton on the instructions of Lord Irwin, the then Viceroy. The first subsequent effort to research and compile information on the art collection was initiated on the directions of President Pranab Mukherjee by Shri Venu Rajamony, Press Secretary to the President, and Ruchi Kumar, Research Associate, National Gallery of Modern Art.

Paintings in the Ashoka Hall of Rashtrapati Bhavan